knowing with the whole body

a fusion into a never-before-known wholeness

Psychologist, psychoanalyst, writer and artist Marion Milner kept a journal of her observations of her inner activities of thinking, perceiving, and feeling for many years.  This fascinating and courageously honest self-inquiry overflows into her books, particularly A Life of One’s Own.  She was a ruthless tracker of her mental operations, with an equal ability to express the actuality of her experience.

. . . as soon as I began to study my perception, to look at my own experience, I found that there were different ways of perceiving and that the different ways provided me with different facts.  There was a narrow focus which meant seeing life as if from blinkers and with the centre of awareness in my head; and there was a wide focus which meant knowing with the whole of my body, a way of looking which quite altered my perception of whatever I saw.

She came to see the narrow focus as the “everyday way”, in which she saw only that which concerned her personally – her immediate purpose – and ignoring the rest.  The other way involved a wide attention with purposefulness held back.

Only a tiny act of will was necessary in order to pass from one to the other, yet this act seemed sufficient to change the face of the world, to make boredom and weariness blossom into immeasurable contentment. 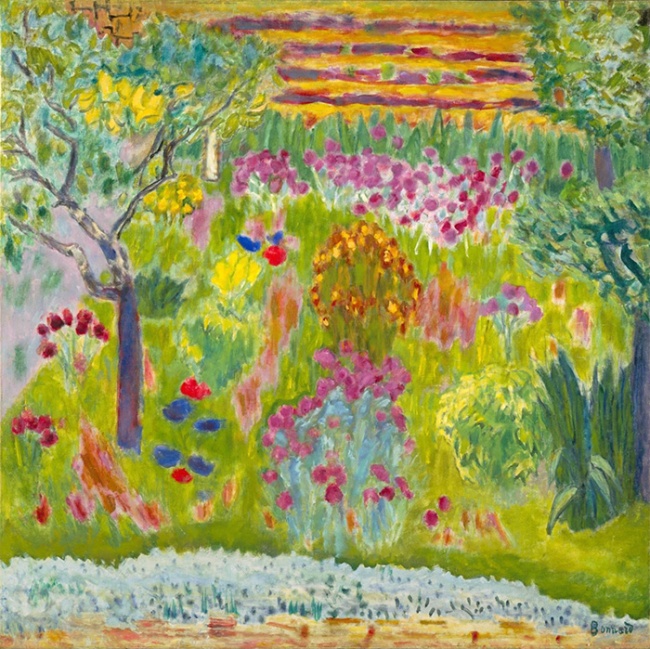 In an uninvited experience of intimacy with the everyday – what Zen would call ‘suchness’ – as it appeared in her sensory field, she reports:

. . . Those flickering leaf-shadows playing over the heap of cut grass. It is fresh scythed. The shadows are blue or green, I don’t know which, but I feel them in my bones. Down into the shadows of the gully, across it through glistening space, space that hangs suspended filling the gully, so that little sounds wander there, lose themselves and are drowned; beyond, there’s a splash of sunlight leaping out against the darkness of forest, the gold in it flows richly in my eyes, flows through my brain in still pools of light. That pine, my eye is led up and down the straightness of its trunk, my muscles feel its roots spreading wide to hold it so upright against the hill. The air is full of sounds, sighs which fade back into the overhanging silence. A bee passes, a golden ripple in the quiet air. A chicken at my feet fussily crunches a blade of grass . . .

I sat motionless, draining sensation to its depths, wave after wave of delight flowing through every cell in my body. My attention flickered from one delight to the next like a butterfly, effortless, following its pleasure; sometimes it rested on a thought, a verbal comment, but these no longer made a chattering barrier between me and what I saw, they were woven into the texture of my seeing. I no longer strove to be doing something, I was deeply content with what was. At other times my senses had often been in conflict, so that I could either look or listen but not both at once. Now hearing and sight and sense of space were all fused into one whole.

– Marion Milner, A Life of One’s Own

A Life of One’s Own

In her personal exploration of the encounter with the process of creativity (in her case, painting) she uncovers insights that will be familiar to readers for whom art practice is contemplative expression:

… I had discovered in painting a bit of experience that made all other usual occupations unimportant by comparison.

It was the discovery that when painting something from nature there occurred, at least sometimes, a fusion into a never-before-known wholeness; not only were the object and oneself no longer felt to be separate, but neither were thought and sensation and feeling and action. All one’s visual perceptions of colour, shape, texture, weight, as well as thought and memory, ideas about the object and action towards it, the movement of one’s hand together with the feeling of delight in the ‘thusness’ of the thing, they all seemed fused into a wholeness of being which was different from anything else that had ever happened to me.

And when the bit of painting was finished, there was before one’s eyes a permanent record of the experience, giving a constant sense of immense surprise at how it had ever happened: it did not seem something that oneself had done at all, certainly not the ordinary everyday self and way of being.

On Not Being Able to Paint

… broadly, what the painter … conceptualize[s] in non-verbal symbols is the astounding experience of how it feels to be alive, the experience known from inside, of being a moving, living body in space, with capacities to relate oneself to other objects in space. And included in this experience of being alive is the very experiencing of the creative process itself.

– Marion Milner, On Not Being Able to Paint

Finally, from Eternity’s Sunrise: A Way of Keeping a Diary, two pithy observations that strike to the heart of the matter – our need, nay compulsion, to express the inexpressible:

I’m really only interested in finding more and more ways of saying what I feel about the extraordinariness of the world and of being alive in it.

Eternity’s Sunrise: A Way of Keeping a Diary

But I do know that to find the language, gestural, verbal or pictorial, one has recurrently to let everything go, all thoughts of what one loves, all images, and attend to the nothingness, seemingly nothing there – silence.