My return to photographic image making after an absence was preceded by the beginning of Zen koan study and the gradual deepening of a new kind of awareness. I began to notice a more porous boundary between my mind and its environment and that led to reclaiming my photographic practice. In my revived camera work there was a new emphasis on taking time to be aware of what I felt as well as what I saw. 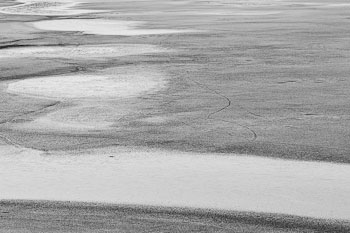 When I see something that piques my interest I try to allow myself to be taken in by the process. There are multiple photographic issues related to a camera exposure but one of the most critical issues for me is psychological: navigating the invisible barrier between me and what is in front of the camera and recognizing some aspect of my inner landscape in the landscape beyond my body. When that is successful the objects stand out in relief not only as things in themselves, but as intimations of completeness in the world. 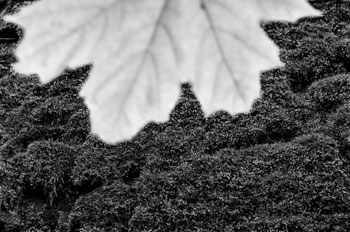 Crafting an image that may convey something of the wonder of such an experience to others is a second stage activity which requires similar close attention and immersion in the image at hand.

I enjoy visiting new and unfamiliar environments but I often return to familiar places to explore the innumerable permutations of a known space and the unpredictably of light and my senses. 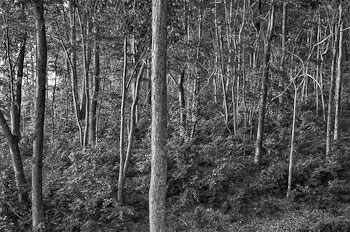 I believe that almost anything can become a portal into wider awareness, like Joshu’s ‘oak tree in the front garden’.  Robert Aitken, my Dharma grandfather, wrote that ‘the whole universe, through every dimension, forms a vast net of affinity that is all of a piece — a multi-dimensional web’.  In such a net each node is connected to all the others so that affinity becomes conjoined with expanse.  When I go out with my camera there is always the possibility that I will find similar close encounters with what crosses my path.