In papercutting and in drawing, I can’t capture the Mystery of a crane or a lily. I can only trace the contours of my bewilderment. For Frederick Franck, you can’t draw unless you fall in love, and see in each particular, sentient being a glimpse of the Beautiful. Drawing traces the edges of our shared condition: Precious and heartbreakingly brief. To draw every day from life is to be confronted with art’s splendid failure. Splendid because it is testament to a living Reality that thwarts attempts of domination, possession, and control. 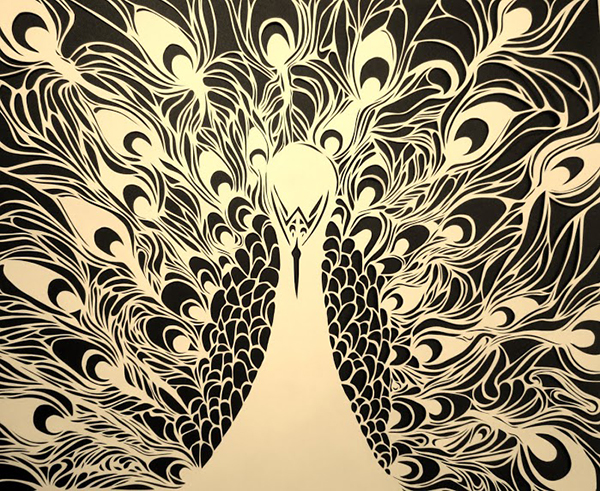 Frederick Franck and my mother were early teachers in how to see and how to love. And if one makes a practice of falling in love, everywhere, with everything, it pushes the reach of one’s arms. Far becomes near. There is no “other” in the margins. Suffering is not on the peripheries. Like beauty, it is palpable and immediate. Drawing can leave you feeling broken and small with God on your skin. It can change your life. And yes, Jordan Wolfson, it can change the world.

My papercutting, while part prayer, is just a fancy way to get back to that line. To illuminate it by leaving it out. It turns the experience of life drawing and its loving inside out. I want to share eyes with you. And to take my time. I want to dig my heels in like a heavy rooted oak in the city’s technetronic center and hold ground and show you how beautiful light is when it’s mediated by shadow. 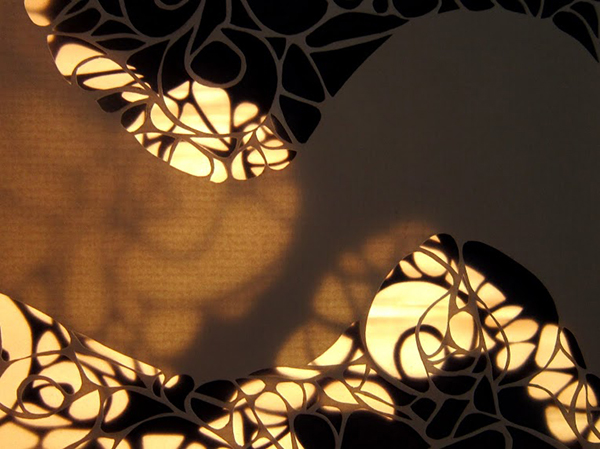 What kind of times are they, when

A talk about trees is almost a crime

Because it implies silence about so many horrors?

Sometimes, silence is a host to complicity with injustice. Sometimes, the most adequate way art can scream without lying or omitting horror, or resorting to reductive slogans — is to create room for the magnitude of an unspeakable witness, often through the silence of empty space. This is how poet Paul Celan writes about the Holocaust.

So as not to leave out the truth.

What times are these

is almost a crime

so much made explicit?

In spite of attempts to dominate or wipe out whole segments of populations, or to represent myriad ways of being and loving as inferior—or worse, nonexistent—the Beautiful keeps pressing through. Papercutting is just another of art’s splendid failures, pushing on form until it breaks. Part explicit, part unseen, it says, shhh. The light, it’s in everything. But don’t ignore the shadow.

tracing the contours of bewilderment