the subject is the echo of its creator

For me, composing the portrait through my viewfinder is homologous with the Indian notion of darshan.  Literally, darshan implies “to see” or “sight.”  But more specifically darshan is concerned with an event in consciousness that creates an interaction between the seer and the seen.  Thus darshan heightens consciousness.  Another term is rasa, literally meaning “juice” or “essence.”  Rasa denotes an essential mental state dominated by a primary experience of the viewer by what is viewed.  For me rasa is a vital component in photographic composition, similar to what Roland Barthes has called the photograph’s noeme. 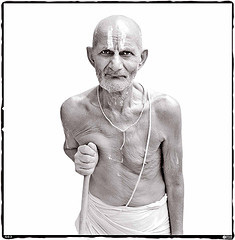 I feel that photography has a melody but not a song.  It is a story without diegesis … a fetish without an aura.  A photo is a receptacle without utility, the dance without movement.  A painting is hyperbole, whereas a photograph is litotes.  Photography is the crown jewel of austere poverty.  It is what the Japanese poet Hakuin Ekaku has called “the sound of snow.” 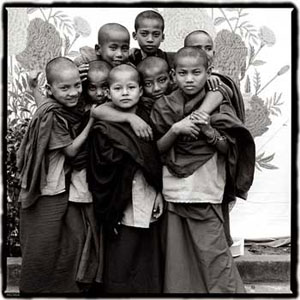 A photograph can be the answer to a koan that is not information but consciousness.  There is an energy that flows between the photographer and the subject.  This energy is the source of inspiration and has a classical association to the muse.  This muse, or exuberance is known as prana or “life force” in Sanskrit, rlung in Tibetan, ch’I or qi in Chinese, pneuma in Greek, spiritus in Latin, ruwach in Hebrew, and, perhaps the word “soul” in English.  Sometimes it is necessary to be very patient for this vitality to arise.  Often an external element such as the light and shadow on the subject is an inappropriate ebullience for the “breath” of the muse to arise, but when the “breath” proceeds, the camera photographs and the photographer and subject fuse to create an amalgamation of beauty. 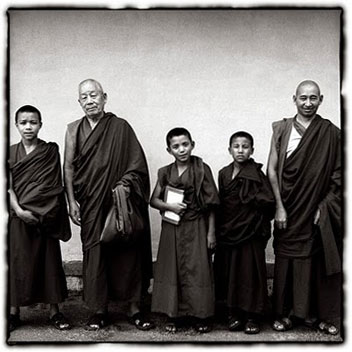