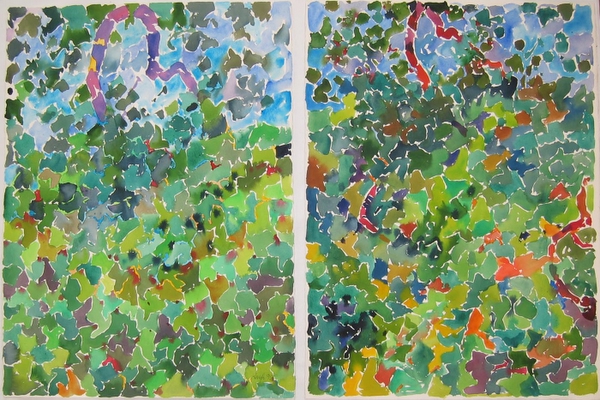 The earth was the heavens and the heavens the earth.  Everything was alive and bursting with colour and colour was god, not the god of man.  The hills became transparent, every rock and boulder was without weight, floating in colour and the distant hills were blue, the blue of all the seas and the sky of every clime.  The ripening rice fields were intense pink and green, a stretch of immediate attention.  And the road that crossed the valley was purple and white, so alive that it was one of the rays that raced across the sky.  You were of that light, burning, furious, exploding, without shadow, without root and word.  And as the sun went further down, every colour became more violent, more intense and you were completely lost, past all recalling.  It was an evening that had no memory.

the act of seeing